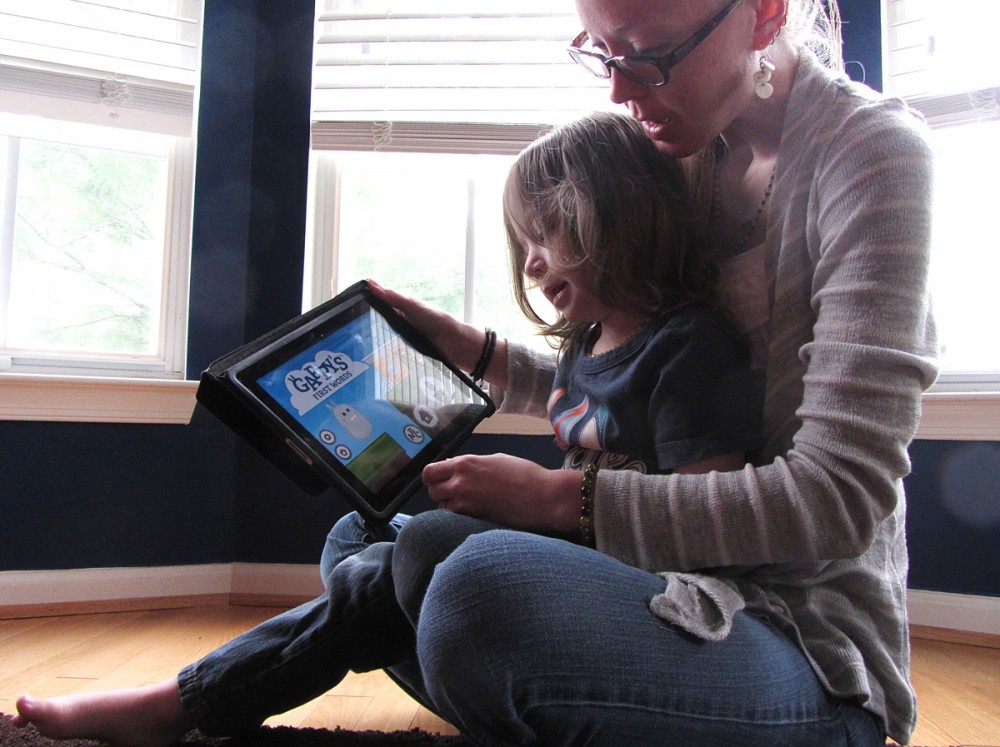 It was perfect timing when we received a copy of Spinlight’s new phonics app Gappy’s First Words. I had just decided to start using Montessori methods full time for Jax’s homeschooling, and was switching from memorizing the alphabet to teaching letter sounds and empowering him to read and spell on his own. (Should I start blogging about homeschooling again? Stop by our Facebook page and let me know!) 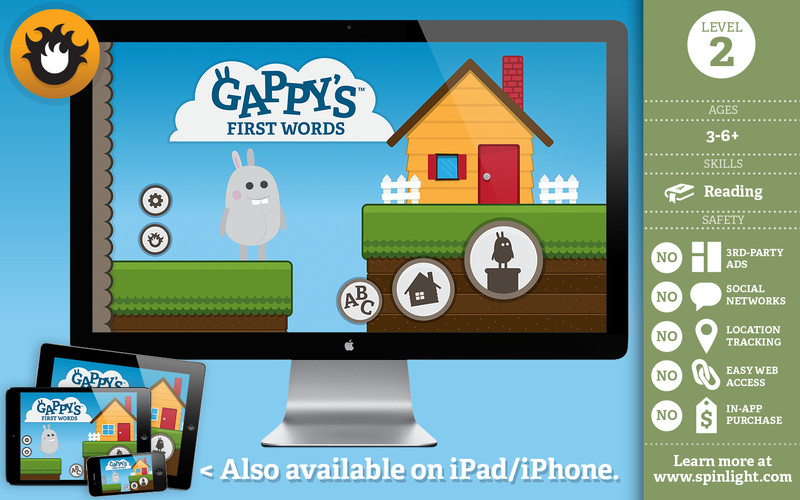 I handed this app over to Jax without any presentation to him, and he dove right in. He loves letters, so he first clicked on the “ABC” button. There you’ll find an alphabet page where you can listen to either the letter names or their sounds. Perfect, as I’m now using letter sounds. This is just a free play area of the app. 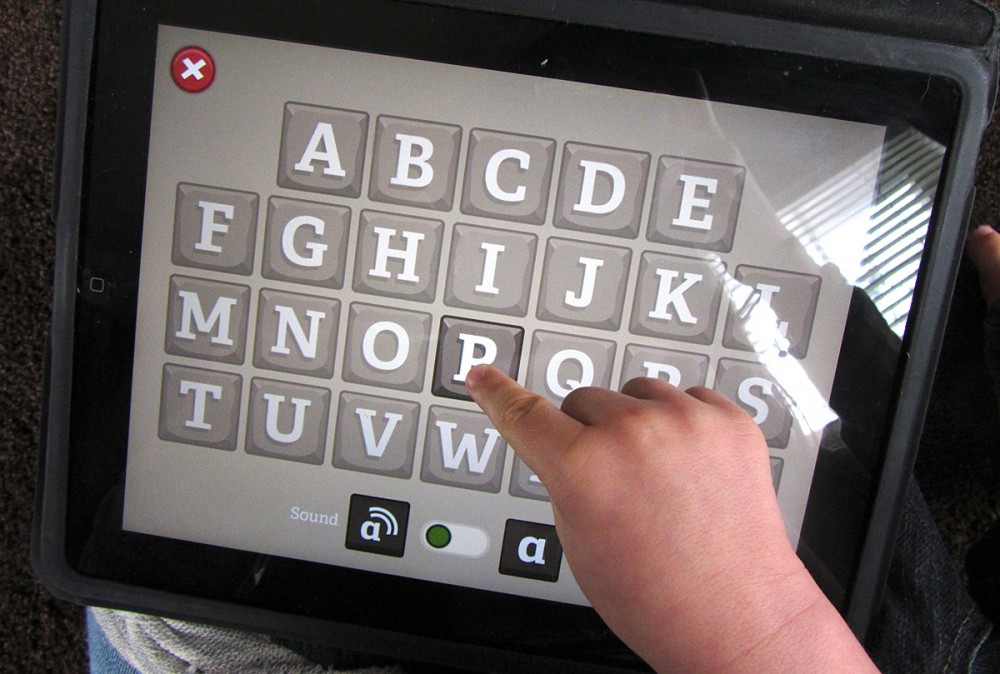 Next, Jax clicked on Gappy’s silhouette and entered the game. I let him choose his level, and of course he wanted to do the highest level – 4. In level four, you aren’t given any letters in the three-letter CVC (consonant-vowel-consonant) words. We’ve actually been working on our Montessori pink level CVC words for the past two weeks, but hadn’t started when we first tried Gappy. It was a nice way for Jax to get a feel for sounding out a word and writing it based on each letter sound he hears. I played with him, and separated the sounds out for him. 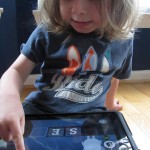 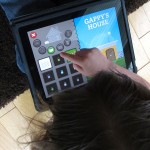 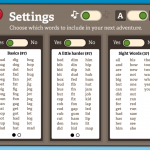 Two weeks later, Jax can reliably get starting and ending sounds himself with our encouragement, but still needs us to slow down the words for that middle vowel. Gappy’s First Words ties in great with our Montessori language lessons,. I’m happy to let my son “play a game” that is actually helping him learn to read and write at age three! 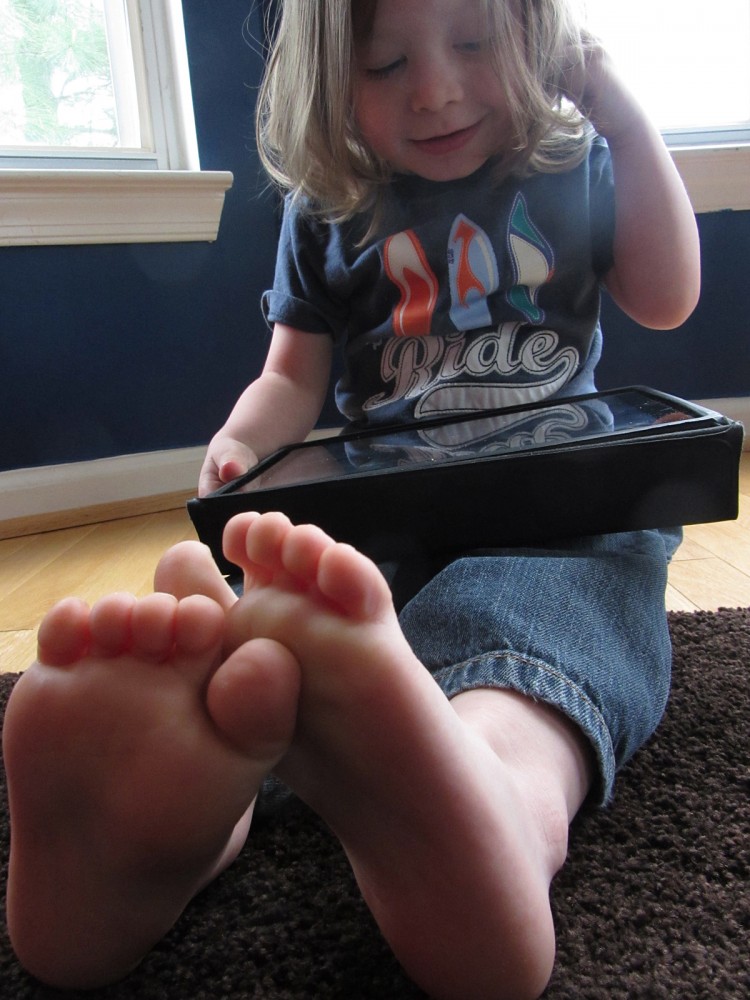 There is a reward system built into the game. You earn house parts so you can design Gappy’s house. Every 10 words you complete, you unlock another house item. This hasn’t been a huge motivator for Jax. But he loves letters and finds the spelling to be fun in itself.

We have an original iPad 1 and have had no technical problems with Gappy. A good thing, as our iPad isn’t always able to handle new apps. Thank you Spinlight for introducing us to Gappy’s First Words!