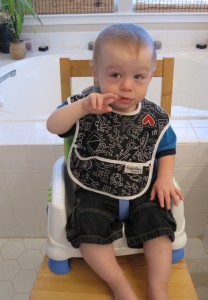 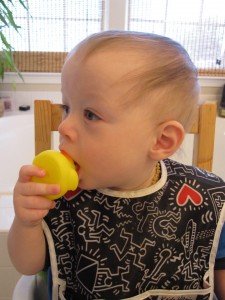 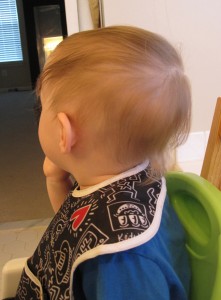 I did it! I finally cut Jax’s hair! There was just no way I could grow it long at this point. He has one strip of hair down the middle that is 4-5″ long, other sections that are about 1″ long and absolutely nothing between his ears and temples. It was that bald spot that made me hesitate to cut it. I knew it would look like I went crazy with the clippers. But, his dada was starting to call it a Trump comb-over, so it was time!

Here’s what I did: I brought his booster seat up to the bathroom and set him up with an episode of Blue’s Clues after showing him the way the clippers vibrated. I have grooming shears from my days in a dog spa (regular and blending). I started with his hair damp and cut the long hair in sections at an angle. Then I came in with the clippers on the longest setting and blended the transition to his shorter hair. For the bottom half, I used decreasing settings on the clippers to fade it out.

He looks so grown up! 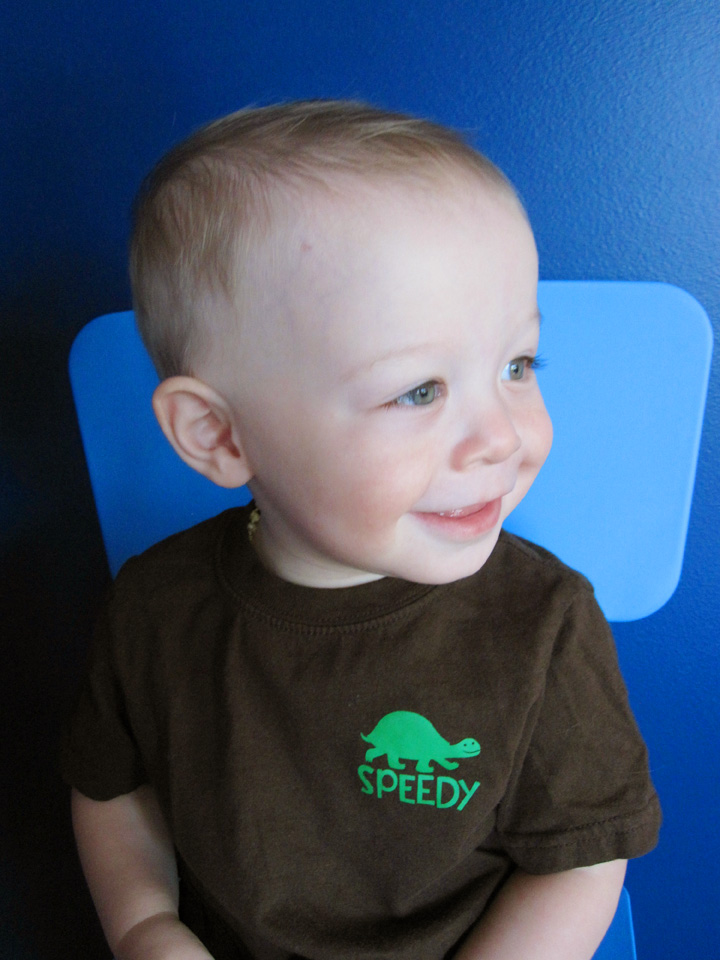