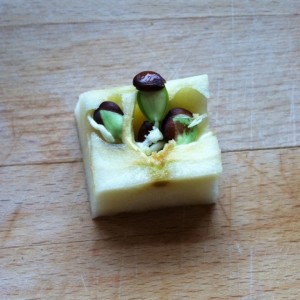 Not long ago, I went to our fruit bowl and grabbed one of the last apples we’d bought in bulk at Costco to chop up for Jackson’s lunch. I always slice around the core instead of halving in, and I’m glad I did! When I was left with the core, my eye was caught by a flash of green. Sprouts!

I’ve never had an apple with the seeds sprouting inside it before. Have you? I saved the chunk of apple core and planted the sprouts in a little pot I had decorated with puffy paints for Jax at a friend’s baby shower. Oh, and crossed my fingers that the tiny sprouts would take hold and grow! 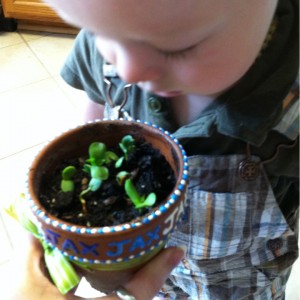 Finding the sprouts was a super weird coincidence… I recently saved some seeds from an apple I liked and read up on how to grow them. I was disappointed to find how long it would take to get them to sprout and that I wouldn’t get the apple I’d enjoyed so much. I saved them anyway and was letting them dry. So to open an apple and already be at the sprout stage? Wow!

Well, a week after planting them they seem to be doing really well! I don’t have a very green thumb, so I hope I can keep one of them alive to the point of having a baby tree to plant outside. It may not produce apples (or may have apples unlike the gala they came from due to grafting on the original tree), but it would be Jax’s tree.

How wonderful would it be to teach him about giving back to the earth and the importance of planting trees! 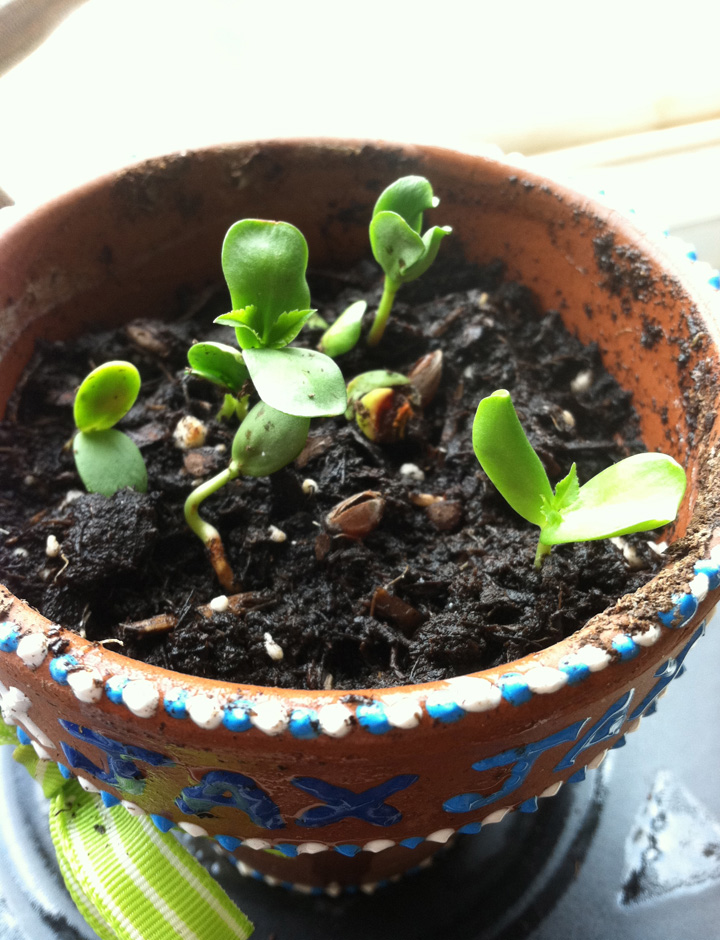 Have you ever grown a tree from a seed? How big is it now? I have no idea how fast baby trees grow.