We’ve just begun our first themed homeschool unit: the ocean! We will be going to the beach for my birthday weekend in one month, so it is perfect timing to learn all about the beach, the ocean and sea life before we get there. 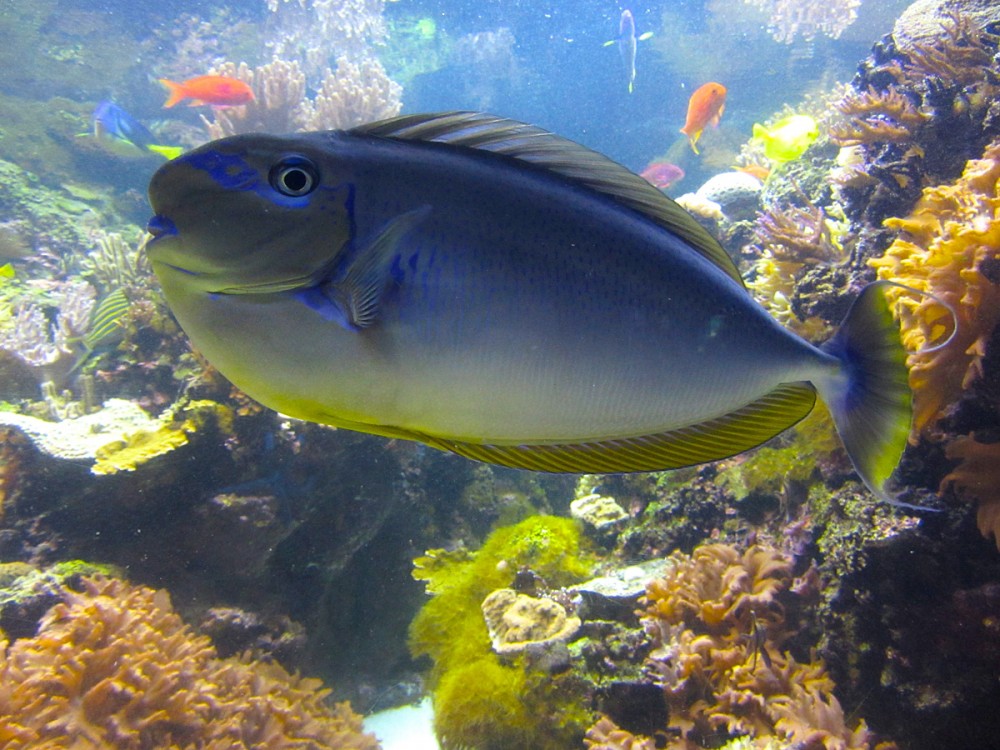 To kick off the unit, we took a visit to the National Aquarium in Baltimore, Maryland. I was pretty sure Jax was going to love it, but I wanted to make it extra fun and engaging. I created a colorful aquarium scavenger hunt! 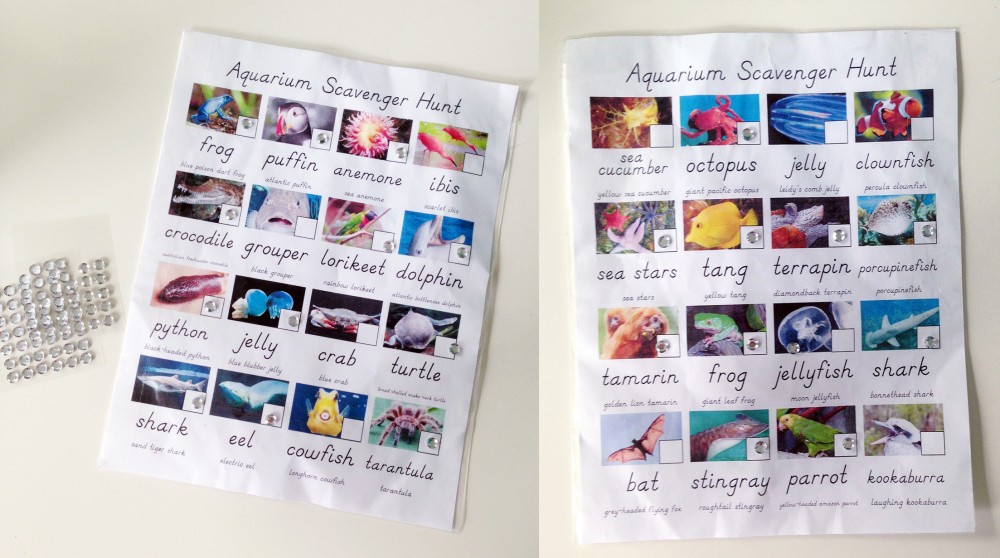 Our scavenger hunt held up well. I had the sheets back-to-back inside a freezer bag that I trimmed and taped closed.

To make an aquarium scavenger hunt:

Being a graphic designer by day, I used Adobe InDesign to make my scavenger hunt layout. You could easily make a table in Microsoft Word. The photos were copied from the aquarium’s exhibit list, and I made sure to check if the exhibits were closed. (My absolute favorite animal, the green sea turtle, was not on exhibit. Boo!) 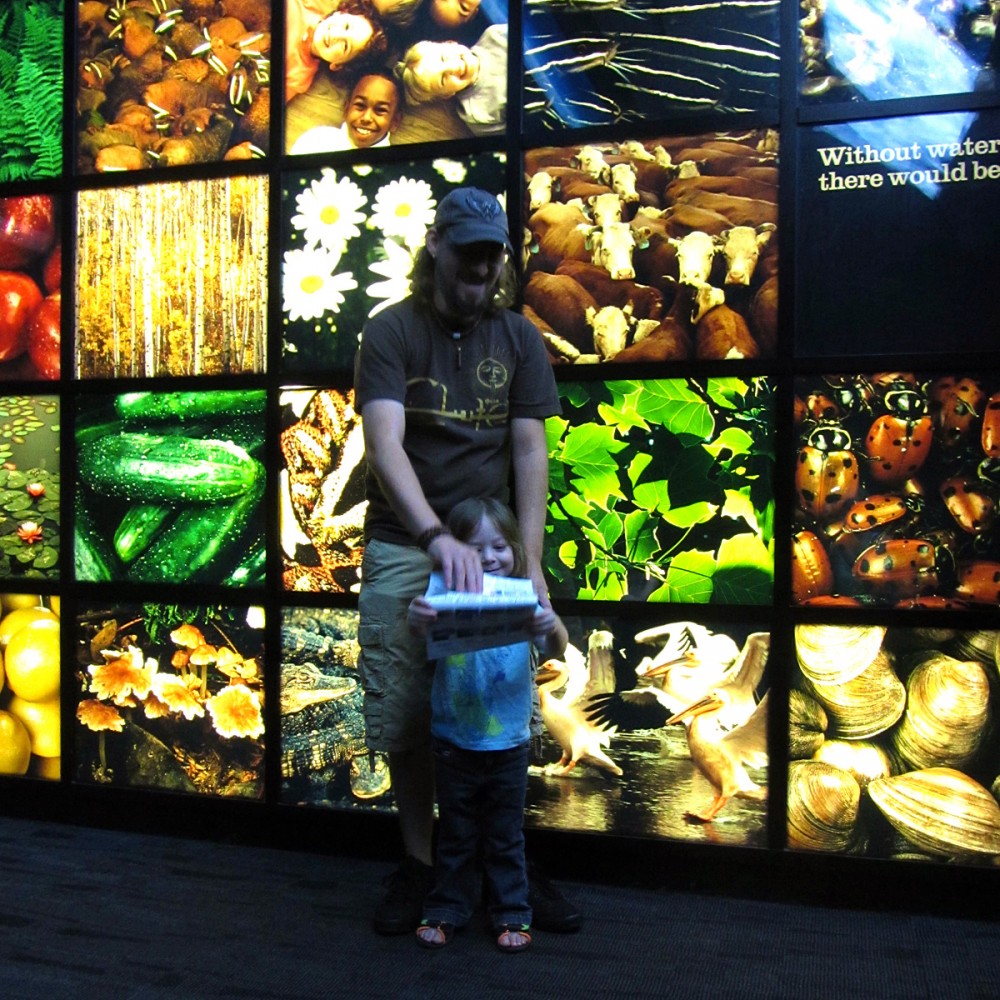 I made sure to include boxes for marking off found animals, a large simple name for each one, then a smaller full name. Not shown, I typed up facts about each one as I added it to the hunt. Information like: region, fun fact and which exhibit it was in. I ended up remembering the facts and not needing to pull out my list. The font I used is a free Dnealian handwriting font, often used in Montessori. 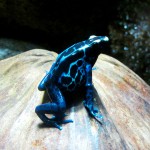 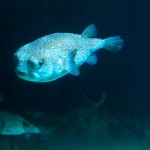 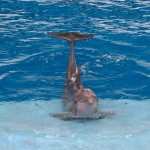 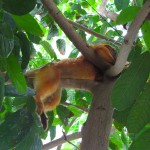 In order to make the scavenger hunt easier in a dark, crowded aquarium, we used stick-on jewels

to mark off each animal. They we very easy to peel and stick quickly. They were repositionable as I had laminated the two sheets of the hunt together with a freezer bag. 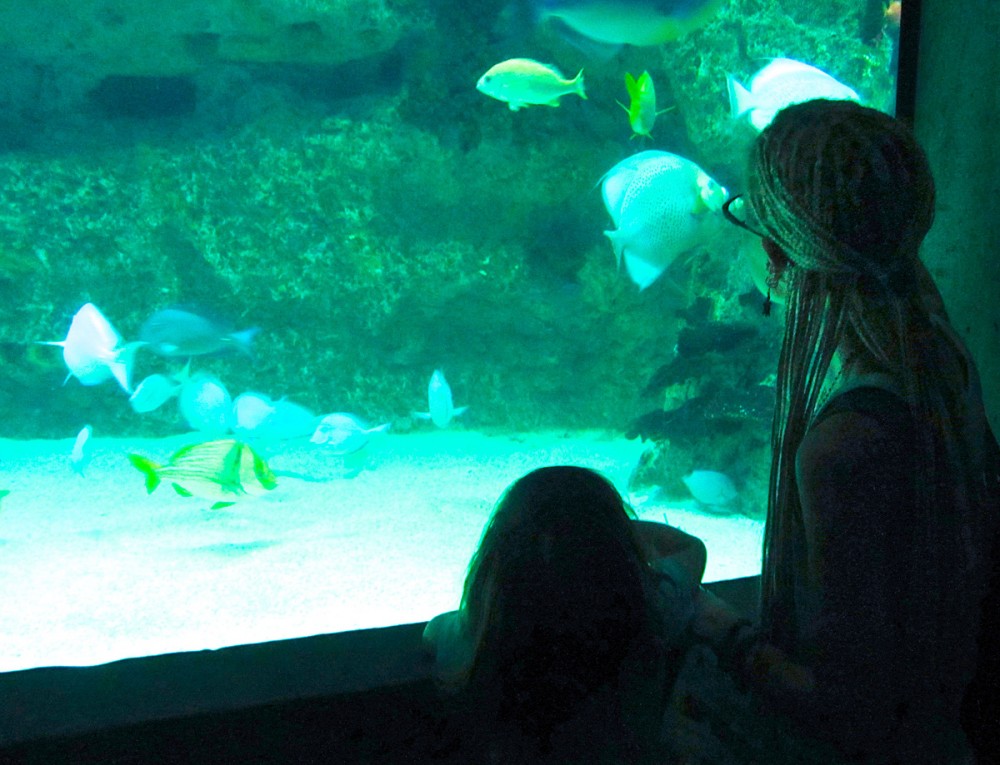 The scavenger hunt was a big hit! I ended up carrying it most of the time so Jax’s hands were free to point and explore. I’d tell him what we needed to find in each tank, and we’d hunt together and mark each one off with a gem. We found a lot more than I’d thought we would! (The reason I made my hunt so large so so he’d have more opportunities to find the animals.) I made sure the point was to find as many as we could, not that we had to find all of them. 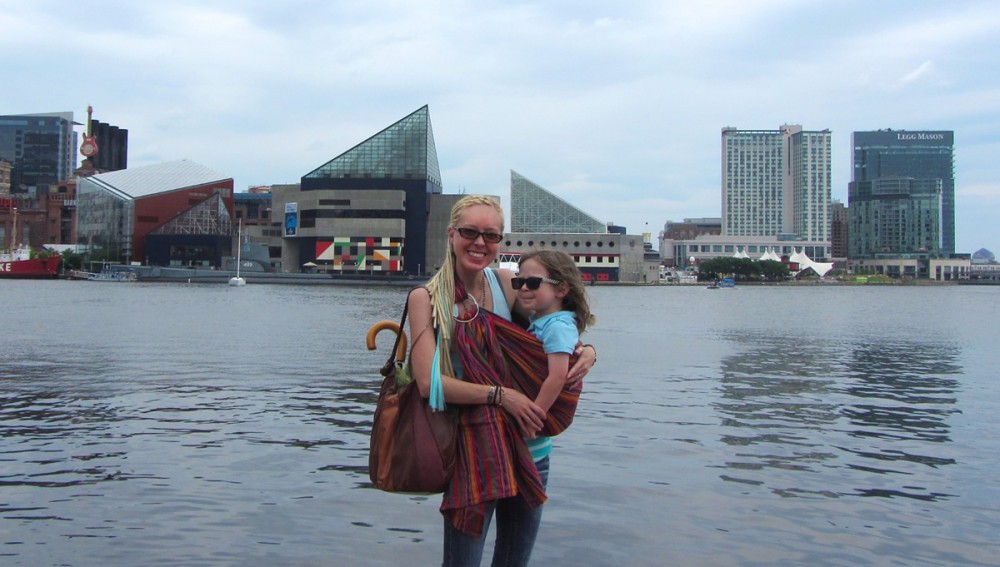 The Baltimore Aquarium is in those triangular buildings. We walked the Inner Harbor after lunch. Jax got a break with a hip carry in my ring sling. 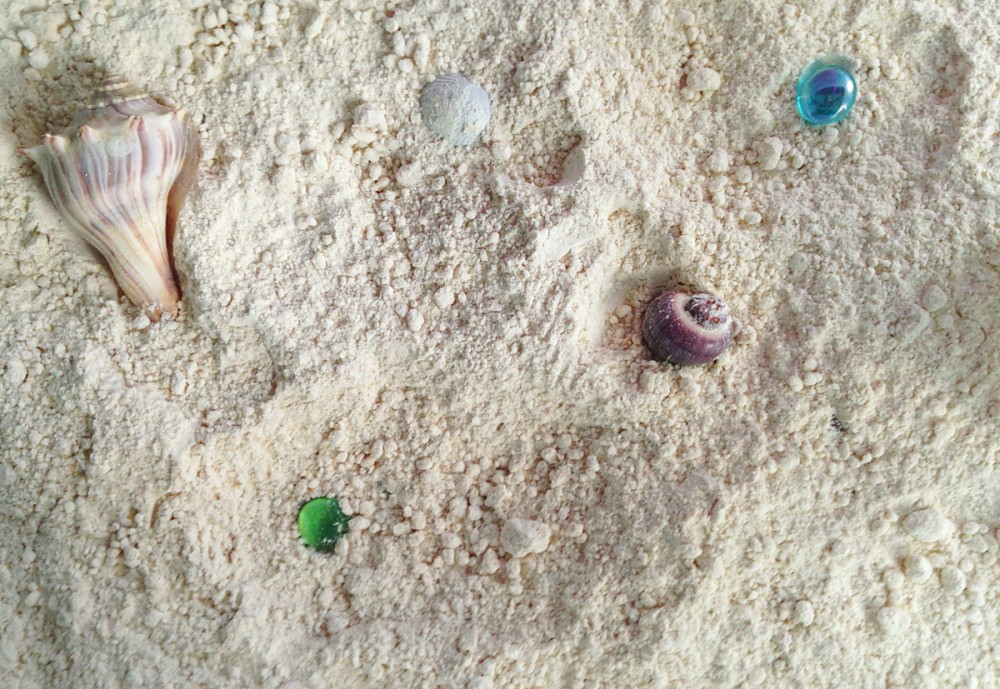 Today we did beach-themed sensory work. Using three ingredients (4 cups white flour, 4 cups wheat flour and 1 cup coconut oil), I mixed up some amazing smelling sensory “sand” for Jax. (Thank you And Next Comes L for the recipe!) I hid seashells from our collections as well as dollar store glass gems. I presented the bin to Jax with a small sifter shovel from Target and a bowl for collecting his beach treasures. 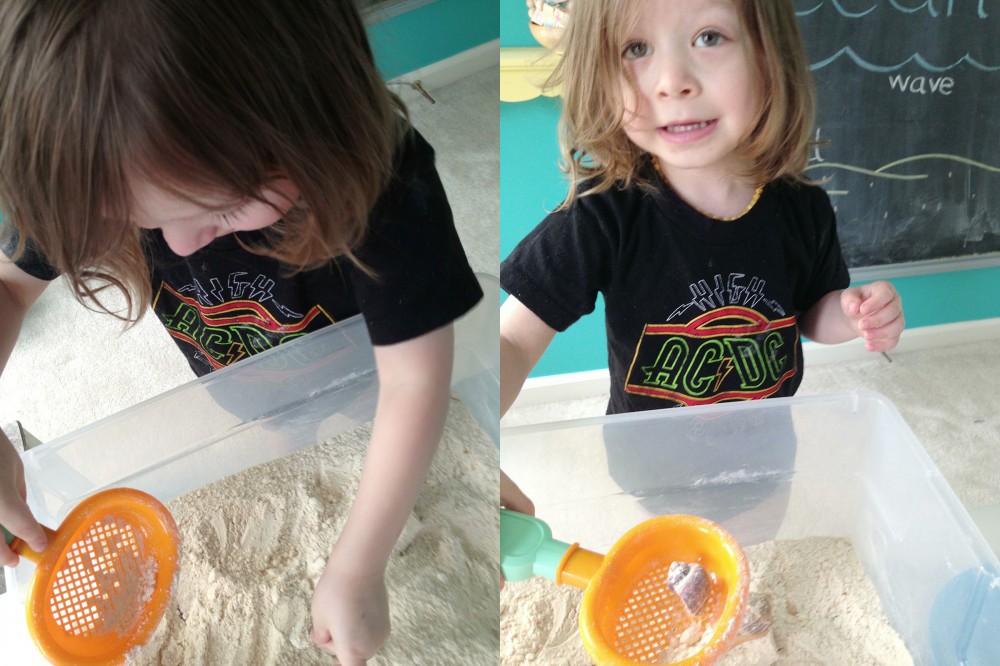 He started out hesitant to get his hands dirty, but soon the excitement of finding treasure won over staying clean. He scooped, sifted and dug to find all the hidden objects. Then Jax suggested we write letters in the sand. He wanted to write the words “ocean” and “wave” that were up on his chalkboard. We also made impressions in the sand with the shells and our hands. Jax made “sand balls” by squeezing handfuls then laughed as he crumbled them. 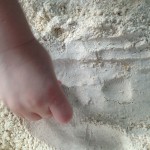 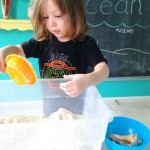 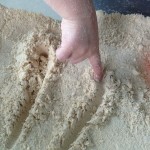 I’ve seen on many blogs that you can write letters on shells and hide them. I didn’t want to write on our vacation shells, so we didn’t do that yet. There are lots of fun things you could do with sensory sand!

There are so many great Montessori-inspired activities to do with dollar store glass pebbles, from sensory bins to counting tools!

This past week, Jax and I have already used them for counting with our number cards

and to trace our sandpaper letters. Some other ideas are: 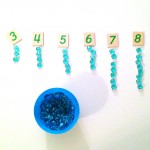 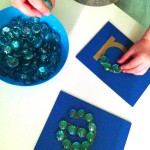 Vlog 909 - Got My Cranky Pants on Today 😣
YouTube Video UCh2Lvl16ualHnFUHy02wBSg_s0xeR1MEXUk