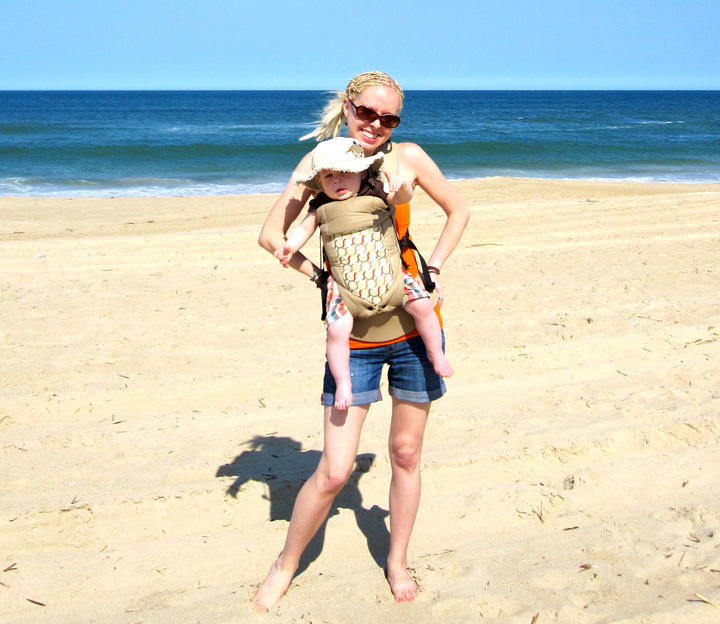 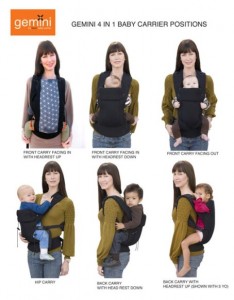 I started out with the Maya Wrap ring sling and Moby Wrap. I loved them, and they were both great for a newborn. Jax was my little blizzard baby, born in Snowmageddon 2010, so the Moby kept him warm and snugly. The ring sling was so convenient for carrying him around and nursing without anyone noticing. Once Jax was big enough, I started using the Baby Bjorn for longer walks. Soft-structure carriers have a lot of advantages (no long tails to drag in the dirt while putting it on like the Moby, for one), but as Jax grew, it became clear that the Bjorn just wasn’t cutting it. My shoulders and back would start to ache right away while carrying him. I loved that Jax could face out (his favorite!), but I also wanted to be able to carry him on my back while I did chores (like the Ergo can.) Enter the Gemini…

I got the Beco Gemini in their old Lucas pattern (a gift from Jax’s grandpa!) right after it was released. I chose that pattern because we have two very hairy blonde dogs and I was sick of dog hair showing up on the chocolate brown Bjorn. Unfortunately, they don’t sell that pattern anymore, but the new Apple and Ginger patterns are so adorable!

We left for a weekend at the beach right after it arrived and it worked out so well! I have never had any shoulder or back pain with the Gemini. And, Jax is 25 lbs to my 100! He looks so big strapped to me that amazed strangers ask me what kind of carrier we are using to make carrying him look so effortless.

The back carry is easy to learn after a few tries. Jax always falls asleep like that. The hip carry was awkward, so I don’t generally do that one. I usually have him in the front facing-out position and when he gets tired or wants to nurse, I flip him to front facing-in. One of the great Gemini features are the snaps at the base of the carrier where your baby’s bottom is supported. It has a nice wide base when they face in that keeps their knees up in the right position. To switch to facing out, just snap the base to the narrow setting to allow room for chunky baby thighs!

Other details I love: The padding waist support is super comfy and was the only one I’d found that fit my small waist. All the straps have loops of elastic at the end so you can wrap up the extra and not have them dangling everywhere. 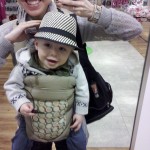 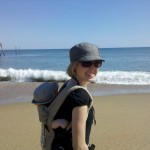 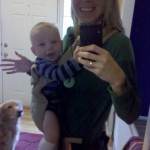 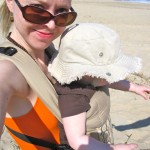 Jax and I adore this carrier and I can’t recommend it enough to someone planning to do a lot of babywearing! We’ve even dancing in a flash mob together using it! What’s your favorite carrier? 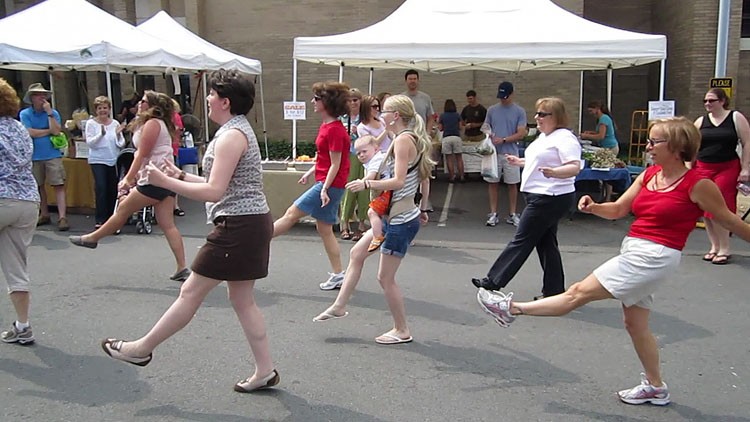 For a few weeks last month, Jax and I had a secret. We were in rehearsals for a flash mob!

How does one find out about a flash mob? Word of mouth, mostly. I was lucky to have an online friend move into a new house just a few doors down from T, the lady who was organizing the mob. When I jumped at the chance to be a part of something I’ve loved watching online, C gave me the address and time of the next rehearsal. I was a very shy child, but I’ve come a long way since then. I was very proud of myself for showing up at T’s door and introducing myself and Jax. Of course Jax is so cute that he’s always a great ice breaker!

I follow a lot of AP parenting techniques, and babywearing is a big one for me. I have worn Jax since the day he came home from the hospital and we’ve used a number of different carriers. (I will review my current carrier, the Beco Gemini, in an upcoming post.) I did yoga with Jax in a carrier from 2 months till 11 months when our local studio closed. Jax loves music, moving/dancing and happy crowds, so I thought this would be perfect.

I think everyone was surprised to see a baby (toddler, really) strapped to my chest, but as soon as the music came on and we started moving, Jax was laughing and clapping along. He won everyone’s hearts in an instant. The practices we went to were right around naptime, so I often ended up nursing him to sleep in the carrier while dancing. I’m not sure how he could sleep while bouncing, but he was out like a light almost every time once we’d been dancing for a while.

On the day of the mob, Jax was excited when the music started. He knew it well from hearing it so often while I practiced. The mob was a mashup of 8 songs. We came in for the last 3, as the one right before that had to much whipping around for a baby in a carrier. He clapped, smiled and waved his arms as soon as the music started. We both had a great time! 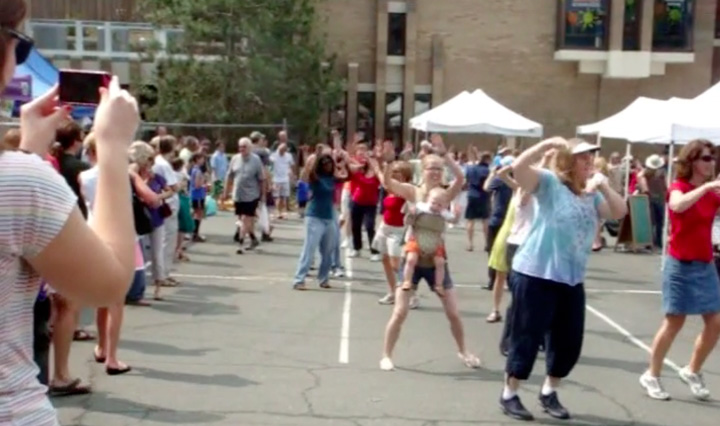 I was really sad when it was all over. I hope another flash mob comes up so we can do it again before Jax is too big for the carrier!

Here is a video clip of us sent to me by an onlooker and another I found: