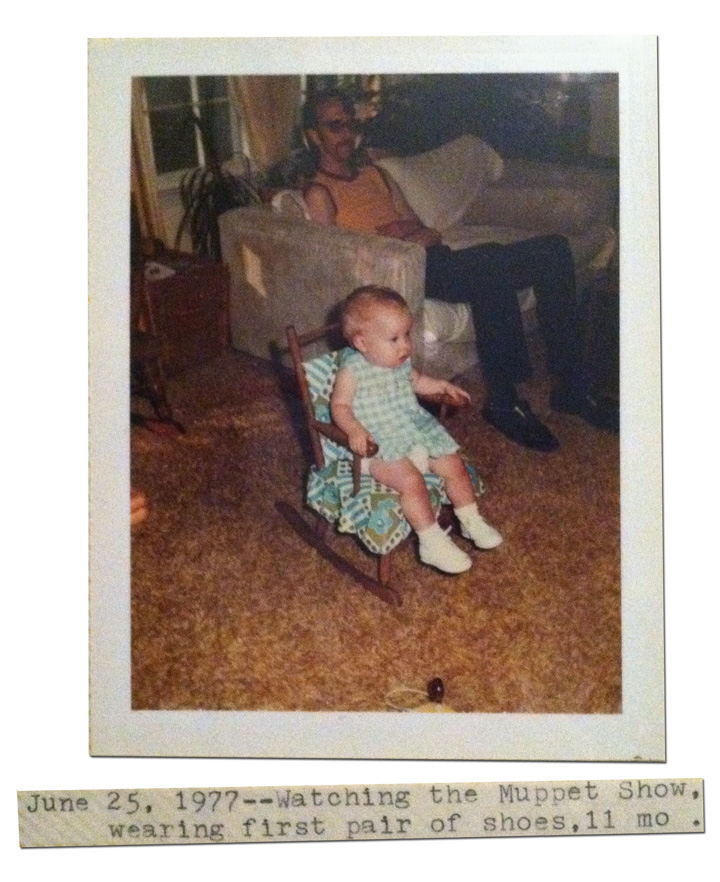 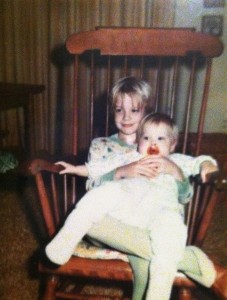 Did you have a favorite tv show when you were little? Mine was The Muppet Show. Especially Kermit the Frog! I think I liked him the most because he sounded like my dad. (My dad also did a great Cookie Monster voice from Sesame Street.) It was such a great show with lots of little skits and musical numbers featuring a famous guest star. I ended up with a lot of Miss Piggy gear as a kid because that is what was marketed towards girls. She kind of annoyed me, though. Hah.

Years later in college, my dad used to tape the episodes they were rerunning and he’d give me the VCR tape every Friday night when I’d visit him. I even made a little mix cassette tape of my favorite songs, though I have no idea where that is now.

The first photo is me watching at 11 months old. My dad looks so 70’s cool in the background! And, if that rocks still exists somewhere, I WANT IT! The photo to the left is my brother and I watching tv together. I was 16 months so he was almost 7. The photo below is from my 6th birthday, which was celebrated at a ranch we used to visit with family in Colorado. The decorations definitely look like the work of my Great Aunt Berta. I’m not sure if they were brought out from Iowa by my grandparents and added to a cake, or if the whole cake made the trip. My Aunt Susan might know. 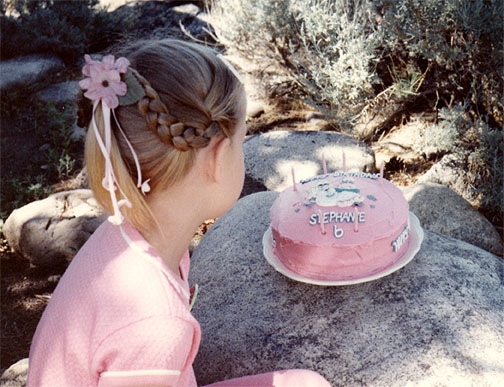 I haven’t introduced Jax to The Muppet Show yet. His current favorite show is Peppa Pig, which we record for him. Apparently it’s a show that is big in England.

What was your favorite childhood show?

Wearing a Miss Piggy shirt at a sulphur spring